Theorycrafting: A question of floating towers

Well, it's about time to get some Theorycrafting in, and this is what's 'floating' around in my mind. Keep in mind, while reading this, the following two things.

1) I do not claim this as 100% "original".Probably not even 50%. It *has* to have been thought of, before: I'm just too much of a Lazymancer to go look for it. No idea, nowadays, is ever *truly* original, and there are too many clever wizards out there, and it just seems so *obvious*, to me. This is just my own peculiar take on the subject.

2) It's posted "as if" KingsIsle didn't already have enough to work on, atm. With Roaming Mounts, Wintertusk, (and who knows what else?), this'd probably be pretty low on their scale of "oh, we gotta do this!"-probaby just above "turn off servers". This is just a "what if", to get it out of my cranium.

That being said, let's carry on, shall we?

Well, Easter is now past, and Eggbert will be saying goodbye, (whenever), and I'm at a bit of a loss. KingsIsle puts on "a really good show", and this isn't meant to besmirch them, it's only my greedy little viewpoint. Of course , it's easy to "think something up" (my job), as opposed to actually *making* it happen, (their job). I can theorycraft the day away, and never have to worry about a single line of game code. Ah, the joys of being a blogger! But, I digress..

Now, it will come as no surprise to anyone who reads HiaG that Halloween is my most favorite-est holiday, bar none. Being a Necromancer, I believe Halloween ought be 365 days a year, in the Spiral. However, others would readily disagree, as is their right. One of the great things about Halloween ITS is The Towers. You know the ones I'm talking about: "Easy, Medium, and Bring Some Friends". It's pretty much an annual event. Farming season for the elusive Wraith Statue. *poof*, the Towers are there, as if they always had been, and when the time is past, *poof*, they're gone. All very 'wizardy', in it's own way. Wouldn't change a thing.

But what about the "other" holidays? "Events" in Wizards City are few, and far between, many of them "one time completions". I love in-game events, myself, and we have a lot of Holidays that could use some "Event Treatment".Shouldn't they have quests and towers as well? And holiday-themed Bosses with holiday-drops?
The annual appearance of our Holiday NPC's, as welcome as they are, sometimes represent only a "shopping opportunity", which is all well and good, but like I said, I'm greedy. "Do want game".
Yes, it's true that W101 does have "events", but I just can't help but feel that, (unless it's a game engine limitation), that a "process" could be put in place for KI to customize to a particular calendar season or event. (Like I said, I have the easy job).

It's simple to just say "Make it so!", but how would the mechanics of that play out?

I have an idea.(This is where you roll your eyes and sigh, "Here we go, again!")

Good old Elik's Edge. It doesn't really *do* much, right? I'm not even entirely certain of the backstory of why the cliff in The Shopping District rates it's own name. What if, just *if*, it was actually a "Port of Call" for a myriad set of "Holiday Towers", to routinely "make berth", at calendar-appropriate times? Think of the Spiral Chamber in Merle Ambrose's place as a sort of "Air Traffic Control Radar Room".


Just like the Halloween Towers, (which should stay where they are), Eggbert could have his own annual quest line, requiring some brave young wizards to "storm the tower". "Oh, noes! Esther Rabid stole my eggs! Can you get them back?" kind of a thing. Float a Holiday-painted tower on a chunk of rock, add some sigils, and Presto! Or, add 3 floating towers, ( "Easy, Medium, and Bring Some Friends"). Same concept, really.

And of course, as a 'Professional Nemesis', I couldn't suggest a Boss Tower, without Bosses, right? I believe every Holiday NPC deserves equal-opportunity adversity in the nemesis department. And with Gardening so well-entrenched, why not Theorycraft Holiday Bosses, *and* Holiday Seed drops, while we're at it? It just makes sense, (even though I may not).Warning: Horrific concept 'art' and wordplay ahead! 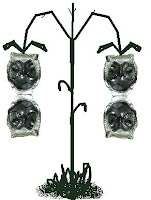 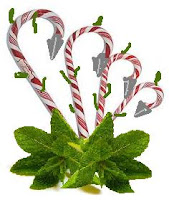 Thanksgiving: Tom Gobbler (A Gobbler, of course, give him a feathered hat, or something)
Quest "Knock the stuffing out of him"
Objective: Retrieve the Enchanted Gravy Ladle, for the Feast
Holiday Plant: Drumstick Flower, with gravy.

And of course, the list goes on, but you get the idea. I won't insult your intelligence with more bad wordplay, and such low-quality graphics.

But I couldn't resist a Halloween plant, before you go: Vampire Glucose Corn:

But the question remains: will we (or should we) have more in-game seasonal events? Float me a comment, will ya? Let me know what you think.

That's a brilliant idea! I'm always disappointed when I log onto a wizard that's already done the Halloween quests, and Jack won't talk to me. I keep hoping for a glitch to pop up that makes me do the quests again and again. I really like the ideas for the plants, too! Maybe I should draw some...

Great idea! but remember wizard101 needs profit. It takes time and money to make new holiday towers. And as I said they would rather make areas people would use crowns or subs to get in. I'm just saying.......

I think a better Easter event would be an easter egg hunt! The towers could be for some other holiday (they're a really good idea, though), but on Easter you could get a quest with clues to find easter eggs around the spiral. Each one would give you a certain prize, and there would be a big reward (maybe a badge) for finding them all.

I will always agree with anything u post ma friend after all it it wasn't 4 u i wouldn't have heard of Wizard 101 so i say YES.

I think this is a great idea, just a little work on the plants :). I haven't been on Wizard101 long enough to do the halloween towers, but they sound awesome. and i love Kestrel's idea of an easter egg hunt :) so YES