Let's see, nothing major to report, here, except that at the behest of my Sparring Partner and "Slaying Buddy", John Lifeglen, I crafted my "Undead Deck" from Flotating Land, so now I positively 'emphatically dislike' sunstones. I have so much room in my spell deck now, that I'm positively *guaranteed* that the *one* card I need in battle will be completely lost in the shuffle. I can see it now.

My Gardening is 3/4 to rank 10, and those pesky Garden Imps are attacking en masse. Energy is at a premium, atm. It seems whenever I dispatch one, another pops in to fill the void not a hour later. I wish I could figure their 'attack pattern', ahead of time.

No Farmination today, but I still owe "R" machine-like grinding of General Akilles for her Blue Ghost. Promises are meant to be kept, after all. I will see to it.

In other blogger's news, we have Cassandra Griffindreamer, famed artist of The Spir@l with her first installment of "Poison Ivy", and in typical Cassandra fashion, Thomas Lionblood "gets it", right off the bat. Ah, even when he's not here, it's just *fun* to poke at The GreatFather. Fortunately, he's got a sense of humor, or I'd be toast. 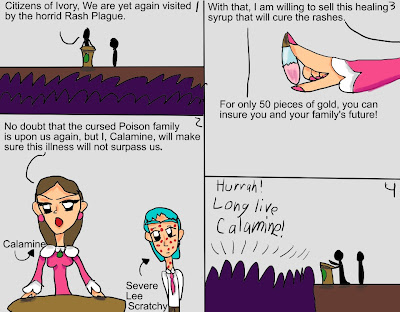 I just love the unbridled creativity that Cassandra shows.
I am just positively bemused that Cassandra can take an "one off" idea, and elaborate it to it's full potential.
Looking forward to more, Cassandra!

Also, we want to wish Kestrel Shadowthistle a big "Get Well"...."Lifer, heal thyself!". I'd cast Satyr on thee, but it's lost in my Undead Deck. Yeah, saw that coming.

And, welcoming to the Graveyard blogroll, The Elementalists, who seem, in my opinion, to have great potential, (should they persevere), and are currently ruminating on the plethora of 'new/unlisted' items in The Bazaar. I for one, would like to know where my Raven Brazier came from...(from Eitri Shadowmirk , actually). I'm, of course hoping to see more "Raven-inspired" pieces as Wintertusk opens up, you know, with Grandmother Raven, and all.


And speaking of things I'd like to know more about, one thing for sure is "Nighttime Mode" (Buh!?!) , as depicted by Maniac Magic. A dark, 'always night' Spir@l? Oh, yes, sign me up! First we get rid of the "Sunshine", then the Unicorns, then.. well, "one step at a time", right? 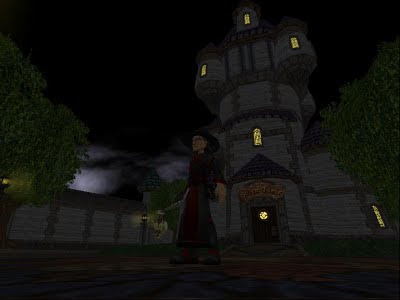 Spir@l Weather Forecast: 100% chance of Darkness.
Well, sorry, that's all I got for you, atm. I'll see if I can find more for the future.

Thanks for the well wishes!

I'm a lot better than I was on Wednesday, although not completely un-sick yet.

Oh, and I would have stayed to chat earlier but the minute I took my eyes off my laptop - "You have lost connection"...

Hey, thanks for the mention!