OMG! OMG! OMG! I stumbled across the answer!

One of the perks of being an Official Fansite, is I have access to the KI Media folder. It's usually a place for news outlets, when reporting on KI.

Someone at KingIsle planned too far in advance, and they mistakenly already added the big reveal video for the "Mystery Composer"! Maybe KI is preparing for a multi-media news outlet reveal, because (having seen it) , I can agree that yes, this is newsworthy. Maybe it's just too "crazy busy", at KI, with all the stuff they're working on. I pride myself on being to ferret hidden things out of obscurity.

I think heads at KI are gonna roll, (and probably mine, too for posting this too soon), but I believe in "Journalistic Integrity", and believe you, the readers have "a right to know". So, accepting full responsibility for my actions, I will post, what could end up being HiaG's "Swan Song". "Better to go out with a bang", says I.

Having seen this video, I can tell you, it's *definitely* a "kid-friendly" performer, someone I would have *never* guessed in a million years, it hit me so out of the blue! I went through all the "logical" choices, and the video hit me like a ton of bricks, I believe even our beloved DittoMonster will be excited over this:


WARNING! MAJOR SPOILERS!
DO NOT WATCH, IF YOU WANT IT TO BE A SURPRISE! 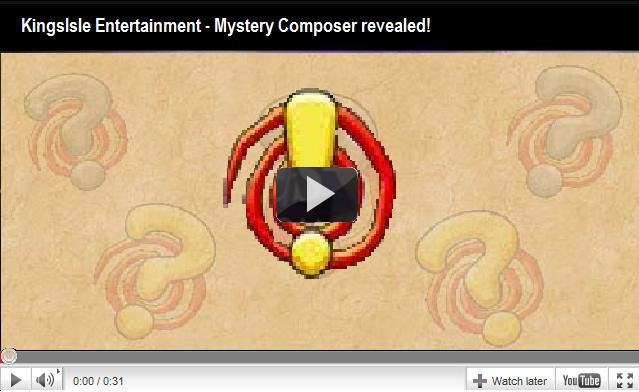 YOU HAVE BEEN WARNED
Can't wait for the comments on *this* one! Let's discuss this exciting news!
Posted by Fatal Exception at 9:27 PM

I love it! Although Cookie Monster wouldn't be that much of a stretch...he WAS on SNL and his initials are certainly not JB. Next thing we hear will be "WT is for Wintertusk and that's good enough for me!" Just lovely though....this post brought a smile to my face and lots of giggles. *HUGS*

This is the third time I've been tricked into watching that video TODAY! Absolutely hilarious though! Made my day :D

Awesome Autumn - I hope they DO surprise us with a Fabricated American (Or wherever Beaker is from...)

By the way - my word verification to post this was 'clam perp' - that's hilarious. Like a criminal mollusk...

I LMAO when I saw this haha xD

Being "Rick Rolled" is a risk of *any* internet link. Considering what less conscientious people might link to, it's a bit tame.

However, if you look at the post, I did warn you NOT to press it, did I not? Think of it a "The Big Red Button". The more you say "Don't push it", the more people feel the NEED to push it.

All in good fun.