A family of three tomatoes were walking downtown one day ... 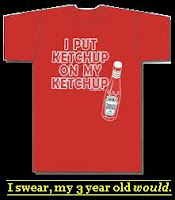 'A family of three tomatoes were walking downtown one day when the little baby tomato started lagging behind.
The big father tomato walks back to the baby tomato, stomps on her, squashing her into a red paste, and says,
“Ketchup!”

Yeah, not funny, I know, but I've been up-to-my-eyeballs in "catching up". Even started with my gardening. It just seems so wrong, a died-in-the-wool Necromancer *growing* something. Heck, if the plant dies, I should be able to re-animate it, or something. (Yeah, I'd have the only Undead-delion in my garden). Getting a Life lecture from Melinda Moo, and that Garden Gnome of a hick mole was enough to grind my teeth in a thin veneer of muted tolerance. "Examine the stages of Life, blah, blah, blah. ".  "Kill it. Resurrect it. Wash, rinse, repeat.", I say. 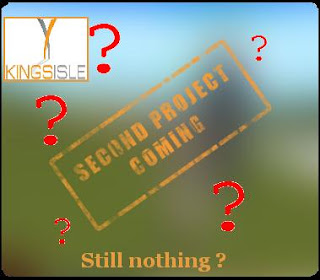 So much has happened, in so (short?) a while. I'm cross-referencing things double-time, "putting  'Catch up' on my 'Catch up'." However in my zig-zagging about the 'Net, absorbing all things "since the last drift", that I stumbled across something I did not expect to find...a lack of change, from the KingsIsle website. (As Craig Ferguson would say "I look forward to your comments.").

No, seriously, I mean, yeah, KI has more than delivered with W101, there's plenty (too much?) to do and success beyond anyone's imagination. However, I'm one of those compulsive Beta Tester types, (well , not now, sans keyboard), and this "second project" has been that itch you can't scratch.  An itch that has boggled the imagination since 2008. 2008, people!

Granted, game development takes years. I know that. Making a good game takes even more. But c'mon, nothing? No teases? No hints? No mysteriously ominous trailers on YouTube? No viral campaigns? It's quiet...too quiet, and I'm a noise maker, come to poke sleeping bears.

[Begin baseless Theorycrafting]
So, to 'help' KI, I'm gonna 'throw them a bone', so to speak. "Hey, KI! Great job on W101, y'all, but "No2" seems kinda shush. How about you introduce a PS3-compatible version of W101, or hey, create a "space" in Playstation Home. (Okay, okay, I know it's 'weaksauce', but I've been MMO-monastic, dwelling in Home to get my gaming fix, and I kinda like it there. It's not that I don't love "PC Brand" W101, but I like W101, and I like PS3/Home, so hey, "Peanut butter and chocolate", right? 19 million potential new wizards. Think about the beautiful chaos.
[End baseless Theorycrafting]

Of course, if *anyone* knows anything about "No.2", it would probably be the most important person KingsIsle never hired. And he wouldn't say anything, 'cause he's a Boy Scout, like that.

Posted by Fatal Exception at 1:55 AM

It's not me! KingIsle is super quiet about their second project. I will say that when I got a tour of the facilities there was a section that I wasn't allowed in and they basically locked me in a room for interview time. But I did get to meet a couple people who are working on the second project. Those programmers were a quiet sort. Sorry, I know just about as much as you here unfortunately.

I would really like to see a platform based Wizard101, or even a PC Non-MMORPG based Wizard101 game in the future myself. Because sometimes, I just don't have internet! :)

@ Stingite: If I didn't know how gosh-darned honest you were, I'd call you on it. Gah, "Boy Scout" If YOU don't know, nobody does. *cough* vaporware *cough*

Diary of a Necromancer said...

KI really should be putting a little more info on updates ( I hate surprises :-/ ), because take gardening for example: I found nothing on it until Test Realm :-/ at least CL gave us a small sneak preview :-) Oh wow, my code thingy at the bottom says 'kills' o_o

I would love to have the wizard 101 dueling segment on ps3 where you can earn trophies and things like that. That would be awesome