With Grizzleheim just around the corner, yours truly is thinking “What’s next?”
I mean, with Malistaire defeated, who becomes the primary antagonist? Why, look at the Legacy of Kain series. Once Moebius was dispatched, a deeper, darker puppeteer was revealed. Was Malistaire an independent actor, or was someone else pulling his strings from behind some shrouded curtain?

So, I thought to myself, “Self, what would be a natural enemy to the creativity of Magic?”
“Well, ‘reality’, of course.” Came the reply of my inner voice.

So, at the risk of making Wizard 101 “edutainment”, what about future worlds employing enemies using new “schools” of magic..uh, I mean, ‘reality’? 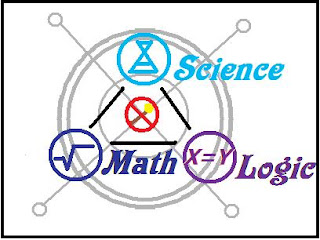 Science and Magic have, historically, always been 2 sides to the same coin. What if the Spiral itself is merely the 3rd side of the coin? What is magic, really, besides unexplained science? But science is magic without creativity. It is cold. It is calculating. It is “absoloute”. Magic, on the other hand, is more a flowing, vibrant thing. Magic is Science with a really good stage show. So, really, I think my thesis would be “concretism” versus creativity. Yeah, clinical absoloutists would be enemies of magic, IMO. Ben Stein vs. Broadway.

Part of me, however, says this smacks of ToonTown, and it’s Cogs. On the other hand , I can also envision enemies ‘casting’ biological debuffs, throwing globes, and racking abbacus of denials. Dungeons and instances requiring understanding of weights & measures, physics, mathmatic basics, and logic could “easily” be instituted. Think about some of the puzzles in Krokotopia's Temple of Storms - logic is already a game componnent, right?

To my mind, especially with the advent of proper grouping in W101, a lot of these attacks would be AoE buffs/debuffs. But, I dunno. This is just a brainstorming idea. Nothing more.

On the other hand, W101 could also come out with a “secondary school specific” class of spells, also primarily AoE buff/debuffs:

And why not? Isn't music a magic of it's own kind? Does it not add to your life?

Good for party play, or soloing those 4-on-1 scenarious (yeah, Malistaire’s Lair, I’m talking about YOU) Like, a bayou frog playing a mistuned banjo (ala Kermit the Frog), a cat fiddling something reminiscent of "Devil went down to Georgia"..(just before launching his bow, archer style), all the way up to a Heavy Metal Grizzleheim Wolf thumping a Bass riff, in Arena Rock glory.
Lullabies to pacify, anthems to empower,... many possibilities, in between.

perhaps this could some how work these ideas into your board game brainstorm. create cards with each idealogy and create riddles to allow advancement through learning and moving from world to world. As you port from world to world you could use certain idealists and philosophers and world or "era" bosses. travel from the time of confucius and plato and so forth. possibly find a way to work literature and spell binding books into game play and work poe on the necromancer team, maybe zeus in storm team and so forth. I dont kno I am just throwing junk out there.

Wow. Interesting idea! As for "me" doing it..oh, no. I'm an "ideas" person, not really a "see-it-through-to-post-production" kind of person.

Okay, so the first part of this blog really had me rolling. But, in a good way of course.

Thank you! Although, I sense a possible unspoken "However..."?

well since malistair has been defited I would say IDK maybe the next ba guy is a myth god like hades god of the underworld that would be interesting to fight him.

For life wizards, music is part of our magic. One of our earliest spell quests involves carving a flute from one of Blossom's branches.

Music is Life, Life is Music, the harmony of all living things.

Hmm.. okay, I feel stupid, then. It would help if I had a better understanding of other Schools, huh? Thanks.