First impression? Hmmm. Grizzleheim will be fun, but I forsee that, without adjustment, the procurement of materials for crafting (cough, MISTWOOD, cough) and other "high demand" reagents will be the cause of many farming battles when it goes live. The current spawn rates would be hard-pressed to keep up with the overwhelming demand when Grizzleheim hits the overall player base.

Granted, there's only the 4 test realms, atm, but whatever the necessary reagent of the "en masse" crafting curve is at that time , is gonna be hard-fought for. "Realm hopping: it's not just for Bosses, anymore!"

Especially combined with the new, expanded chat, I see "reporting" of players going through the roof. Yes, I know it's supposed to be "age appropriate", but we've already seen the current chat filters circumvented. I know that W101 is, after all, a "business", and I want to see it succeed, but I sometimes wonder if it's core principles are going to be sorely strained by it's exponential growth. 2 Million players, and counting.

Hmmm. Give them something to fight over, and give voice to their frustration...

Best of luck , KingsIsle. IMO, you're about to open Pandora's Box. 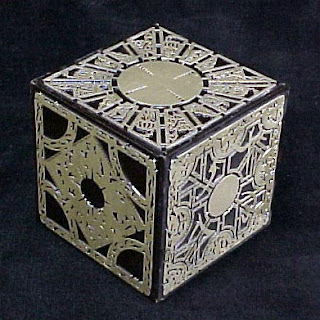 The mind is a labyrinth, ladies and gentlemen, a puzzle. And while the paths of the brain are plainly visible, its ways deceptively apparent, its destinations are unknown. Its secrets still secret. And, if we are honest, it is the lure of the labyrinth that draws us to our chosen field to unlock those secrets. Others have been here before us and have left us signs, but we, as explorers of the mind, must devote our lives and energies to going further to tread the unknown corridors in order to find ultimately, the final solution. We have to see, we have to know...-HB:HR2
Posted by Fatal Exception at 8:49 PM