"How much did the Pirate pay to get his ears pierced ?" 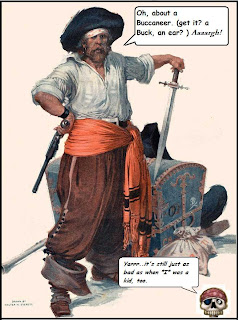 Ah, the classics, they never die...
Anyways, a bit o' nautical education for you, being that Celestia is just over the horizon....
Ever see a ship, at port, with all manner of colorful flags flapping in the breeze: 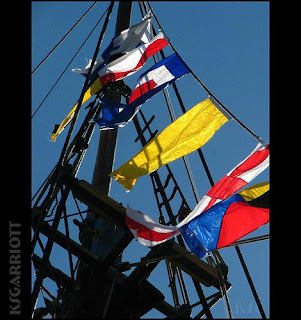 They're more than pretty..they're pretty useful.
Well, wizards, those are Signal Flags, and they're used to communicate a message , and serve as a backup, should radio communications fail. So, an astute student (such as yourself) would be able to read the flags, just like you read each letter. Just a FYI, in case you were curious. "Fortune favors the well prepared."

Posted by Fatal Exception at 11:43 AM

Thanks for the info! Time to do some symbolism searching once the expansion comes out ;)

Cool!
I think my dad used to know how to read signal flags. Or was that morse code :P