Today's Celestia-inspired maritime post, in conjunction with navigation is the humble compass.

Now, we all pretty much know that a compass always points "North", right? Well, did you know that on nautical charts, there are actually 2, sometimes 3 Norths? Yup, that's right. There's a "Grid North", a "Magnetic North", and "True North"

'Grid North' is usually just "up, top of page", on most maps, but Magnetic North, and True North are a little closer related: 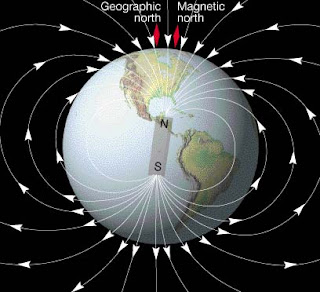 "MagneticNorth" is NOT "where Santa lives". , Santa lives at "True North", where the Earth's axis of rotation is centered. The difference between the two, (based on your geographical location), is called "magnetic declination".

However, the Earth's core has a Helephant-ton of molten iron spinning around in it, thus creating the Earth's magnetic fields. THIS is what a compass lines up to. "Magnetic North"

We're all familiar with the compass. With cheap plastic everywhere around us, a compass has become an inexpensive "afterthought" on many products. It wasn't always this way...

Did you know that compass have been around since 221-206 B.C.? That's a loooong time, wizards. The earliest compasses were made with lodestone (a form of magnetite). Can you say "Magic"?

And there's a compass-related flower that you'll never see growing in a garden, it's called a "Compass Rose", or "Wind Rose", and it's not even really a plant, but the compass-related graphic found on a map that orients "North" for the reader.

A modern "Compass Rose" (notice how it has 2 Norths?)
(1: North marked "magnetic", and 2:'True North' marked by the Star(Polaris))
This type of rose uses "degrees" (0-360), for navigation.
But that rose is very "technical", because it's an actual navigation chart. The more "artistic" Compass rose looks more like this: 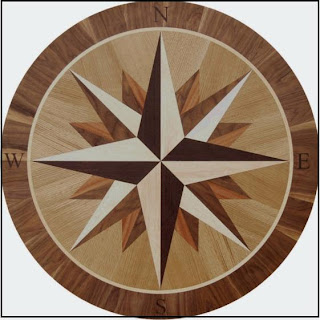 I'm sure you've seen this type of "rose"
N, S, E, and W are considered ":Cardinal" Directions, NE, SE, SW, NW are called "intermediate" directions.
Beyond that, it does break down further. But for our purposes, "this is good"
There is one more kind of rose, for navigation,and a young wizard uses it for directions; but this particular 'rose' sends you *all over the Spiral*: 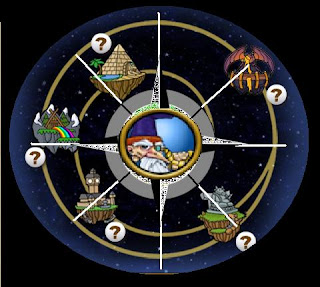 Haha, very clever with the last classification! To tie it even further, he comes from the Astral school of Magic...I think you're coming on to something with your last few posts... ;)