Well, wizards, a new world threatens to open to us, and, as we can all see, it's a maritime environment. That holds a lot of potential, does it not? Of course it does! And, I'm in the mood for a bit o' theorycrafting, and wild speculation, so "let's have at it", shall we? 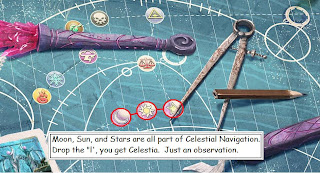 Now, a deep sea environment is a *perfect* choice, in my opinion. I mean, c'mon..pirates, submarines, Captain Nemo... Hmm...Captain Nemo ..now there's almost a *guaranteed* NPC or Boss (along with names like "Jules" and "Verne"). Who wants to make a wager that There *will* be a Captain Nemo, and you're gonna have to find him, as a quest..(like, maybe "Finding Nemo"?). Betcha. Betcha,betcha,betcha!

Speaking of Finding Nemo (the movie), do you remember this particular creature? 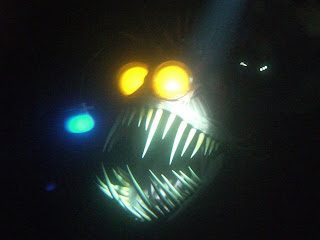 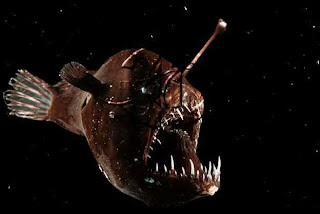 And it's REAL.
Yes, dear wizards, the Deep Sea is an alien environment, full of wonders, and horrors. Wanna sea more real-life monsters of the deep? Click this link (warning: not for the nightmare-prone). Can you imagine *any* of these creatures as mobs. They're scary enough, nevermind giving them *magic powers*. (Shiver).
There are even Vampire Fish, Vampire Squid, and a multitude of things that would give a Storm Shark a reason to "hit the beach". Necro-Fish Aquarium, ftw!

Okay, all that being said, time for some "game engine possibilities" theorycrafting. Mind you, Celestia has to be pretty much "in the can", as far as production goes, so if we don't see it here, we're not likely to see it anytime soon.

So, remember "back in the day", when I used to throw out elaborate "game engine" theories on expanding combat, or in adding dimension? (or, like my "Farming Hall" idea, which I still think is *doable*). I haz me another viewpoint: Swimming!

Actually, to quote Phinneas and Ferb, "Why Yes. Yes, it is". But I'm going to do it, anyways. That's the joy of theorycrafting, I can come up with altogether overly-elaborate ideas, and not have to do *one* bit of coding. So, behold ! "The high tech schematic of swimming in Celestia "-inator. (+5 points if you caught the Doofenshmirtz reference):

(Yeah, ya gotta click it.)
(Inflecting a snooty Marleybone accent): "Hmm.. Now as you can see, we have added a limited vertical axis with which to navigate, and evade roving mobs, who also have a vertical axis of motion, as well as horizontal...there will , of course, be 'sidewalks', although perhaps 'sideswims' would be a more appropriate terminology. A new addition would be the addition of an Oxygen 'timer', requiring the occasional trip into danger, into the 'Air pocket', as well as treasure drops at the bottom of the tube. All combat would, naturally take place centrally, that is to say "at sidewalk level". Unfair, you say? My dear, this is not Unicorn Way..I have every confidence in your ability deal with a greater level of challenge..."
/snooty

Well, you get the idea...I hope. feel free to interrogate me further, should elaboration be required.

Now, I'm currently farming Veda Spiderkeeper, for my still-to-be-earned 50 gear. (Yes, yes, I know.."should already be done", and all that), and it occurs to me: If the cap is being raised to 60, in Celestia, will this gear I'm farming become potentially obsolete?  I'm guessing it's kinda-sorta gonna have to, (based on the presumption that Celestia is a "step up", and not a "side step", like Grizzlehheim.) Judging by Briskbreeze Tower, I'm gonna go with "step up", for now. (Who knows, maybe *now* we'll get the "fishing" ability, previously hinted at, in Grizzleheim.)

(from UnderwaterSculpture.com)
All I know is how much I don't know. 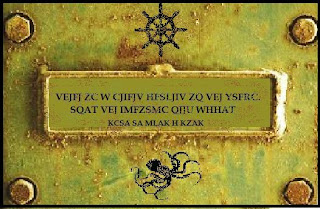 Your thoughts on the matter?
Posted by Fatal Exception at 12:30 PM