You know, that place with all the bears, and Ravens? Yeah, *there*. on Test Realm, even.

So glad you asked. Been looking for Celestia clues, breaking rune codes, stuff like that. 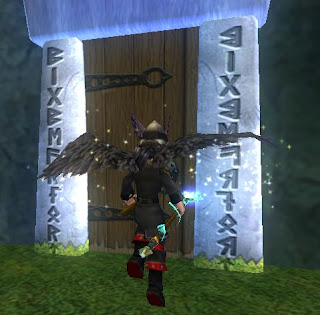 it says "Big Bear Fort".
Yeah, in trying to catch up, I'm now translating runes in Grizzleheim...like in Nidavellir. (I think it's actually Niðavellir, one of the Nine Worlds)
You know the main hall? This is what the floor says: 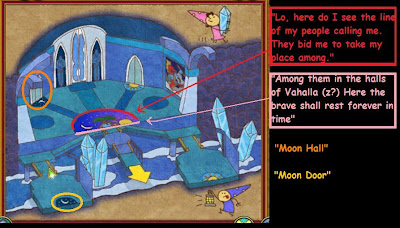 Trying to make a connection between the "Moon Hall" and the "Moon Door". Does something in the Hall unlock the Door? Don't know, yet.

*Most of the runes are *roughly* 'Elder Futhark', a very old rune set. But not so in the "Moon Hall",(that left-hand door) that rune set is from Hungarian rune sets. Ever wondered what that plaque just inside says? Here's my translation: 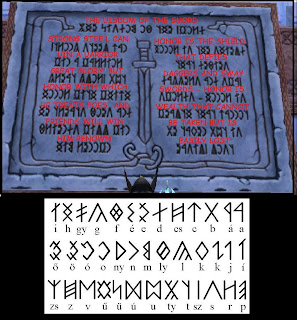 As with all translations of runes, not every letter in our alphabet is commonly represented, so sometimes, a rune can stand for more than one letter. Finding patterns, and word recognition help fill the gaps.

Why am I in this particular room, looking for clues? I believe that the tree, on the floor, in the middle, is Yggdrasil, "The World Tree". In Norse Lore, it is said to connect to Nine Worlds. 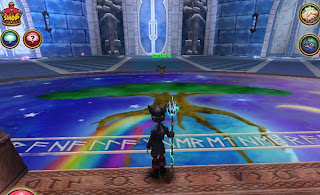 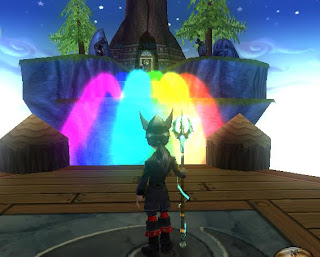 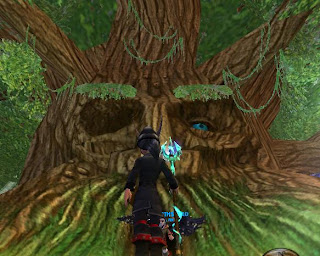 ..."that connects to a World Tree"
In Norse cosmology the Nine Worlds are:

The three worlds above the earth, in heaven:
1. Ásgarðr (Asgard) "The Capital City" (Wizard City?)
2. Álfheimr (Alfheim) "Home of the light Elves" (Life?)
3. Múspellsheimr (Muspelsheim or Muspell) Realm of Fire.
The three worlds on earth:
4. Vanaheimr (Vanaheim) connected with the Vanir,
5. Miðgarðr (Midgard) "Middle Earth" "Midgard is surrounded by a world of water, or ocean, that is impassable" Hmmm..Celestia, much?
6. Jötunheimr (Jotunheim) Home of Rock Giants, and Frost Giants Wintertusk/Jotungard.
The three worlds below the earth, in underworld:
7. Niflheimr (Niflheim) "Mist world"
8. Nidavellir "Dark Fields"
9. Svartálfaheimr (Svartalfheim) Home of the Dark Elves.

Are these just 9 zones in Grizzleheim? , or: 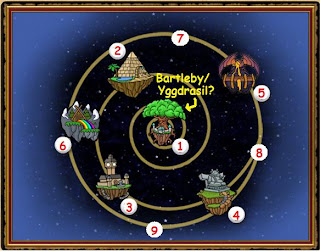 Consider this great image (from HERE) :


Too many pieces, that don't all fit together, yet. (and in retrospect, after reading here, I may just be "re-inventing the wheel") Yup. Nothing new in this post. Complete waste of time. :|
Posted by Fatal Exception at 3:37 PM

Valhalla is like Viking heaven. I know a lot of norse stuff. Also there's Aegir and Ran's undersea kingdom (Celestia???) and Niflheim, or Hel's world of ice, which is the equivalent of the underworld. There was this kid in my 5th grade class who wrote in runes. I think he still does.