WET BLANKET ALERT! Concerns for the future of W101 to follow. 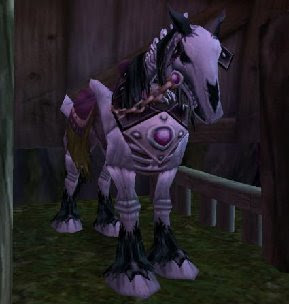 Now THIS is A Necromancer's mount!
Unfortunately, it's already been done.
As I'm sure many, (if not all of you), are aware that there is a poll at W101 Central concerning "transportation", i.e "mounts" of one flavor, or another. Yes, I cast my vote, as well.

But the real question is "Why?".
Do we really even need mounts? With the staggering options already available to us, (Home, mark location, teleport to friend) and the introduction of "Teleport stones" in Grizzleheim ,(which I really like), what is the actual purpose of having a mount? Running gets you where you need to go. Will being on a mount keep you from being "pulled" by mobs? I don't see that working, either. And a Dragon, as a land mount? That's called a Lizzard.

"Ok, Autumn, what got you all into a tizzy about mounts?"

It's not about mounts, specifically. You see, I'm a WoW refugee. I have a Lvl 80 NE hunter, which I no longer play. At all. WoW got stale. After that, I bounced around from MMO to MMO. I did a lot of the Asian F2P's, I hit all the big titles. Most of them lasted 2 weeks, for various reasons.

I was hooked. Still am. I loved the feel of Grizzleheim. The way it was less like "riding on a rail", like Krok, or Marley. You could cut corners. "Take the path less trodden.."

And it reminds me of WoW.

Not that that is necessarily a bad thing. But when I saw "motorcycles" as a possible mount, it was like a flashback. Why , Grizzleheim and Northrend could almost be related land masses. Both of them have a Nordic Mythology baseline, (but only W101 has Ravens).

On it's own, these things would have little bearing on my outlook. However, with Grizzleheim "Live before it's time" , when there's fixes still to make in Dragonspire.

Now, we boost the Bosses. Now, we plan to "revisit the issue" due to Malistaire being INSANE. I just helped a friend defeat the "new" Jade Oni, and, all I can say is "Wow. That's not a soloable battle,(anymore), at Moo Shu levels. Barely even at Grandmaster Level."

Grizzleheim is completed by most (existing) grandmasters in 2-5 days. And still level 50. Blogs like Valerian's give voice to a rising chorus. Yes, content creation is difficult. I'm glad I don't have to do it. Trying to do anything that hasn't already been done is a noble, and Herculean task.

IMO, (which counts for naught anywhere but here), KI should stick to their vision, and not be swayed by the masses "wishlist of the moment". "Measure twice, cut once". You want to give us someting? Give us FLIGHT. Take dueling into 3D. Dragon's wing's were never meant to be clipped. Don't try to be WoW. Even WoW has a hard time being WoW. Be the W101 we all fell in love with.

Please, don't get me wrong. I still love this game. i love the people I've met through it, and this blog. I would just really hate to see W101 become a victim of it's own success. 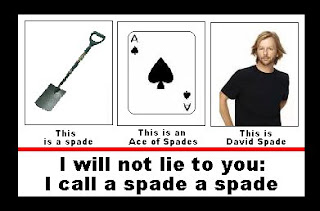 So, that's it, for the moment.
Back to being positive!

Posted by Fatal Exception at 11:06 PM

Amen! I hear ya and I so agree.

I think a horse or dragon of some kind would be helpful I'm in KT and there are so many areas I'v gotten lost 17 times and I've only been in KT for 3 days!