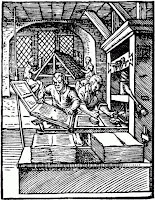 As reported on other fine blogs, be sure to check out J. Todd Coleman's Interview at MMORPG.com. Hear from the man behind The Headmaster! 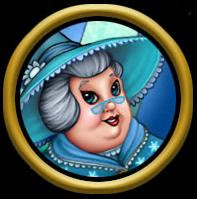 There will be an update to Wizard101 July 8th at 3am Central US Time that will include the following important updates!

Enhanced Boss Encounters Update
The bosses of the Spiral have been taught a lesson by Merle Ambrose, and they will no longer interrupt your combat! All the Enhanced Boss Battles are back to normal, but the bosses have kept their knowledge of Power Pips, and they will earn and use Power Pips just like a Wizard.

Crafting Updates
More Mist Wood and Scrap Iron will be appearing in the Spiral, and should be easier for Wizards to find as they learn the ways of Reagents and Crafting.
Cool down timers on some recipes have been lowered to allow Wizards to create items more quickly.
Reagents have been added as rewards for Mini Games!
The reagents needed for Treasure Cards have been reduced, most notably the number of Treasure Card ingredients needed to create the final Treasure Card.
The descriptions for some of the Craft-able Items were incomplete and should now reflect all the bonuses the items grant the player.

Quest Updates
The Weapons Cache in Merkholm will once again allow players to interact with it, without having to switch Realms.
Death Students will be acknowledged for completing the Sweet Revenge quest.
Stump Worms will be appearing once again for the Good Eats quest.

Housing Update
The Wallpaper and Floor textures that had suddenly turned pink and purple for many Wizards, will once again appear as their normal wallpaper and floor patterns!

Thank you to all our young Wizards who gave us feedback and bug reports!

See you in Wizard City!

Posted by Fatal Exception at 3:26 PM