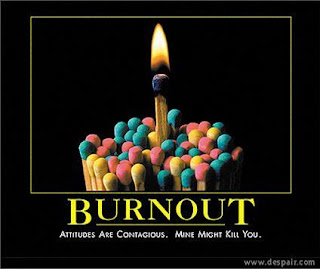 This is a rambling post about MMO Burnout. I know that I'm not the first to go on about this, but it's something I'm dealing with, atm.

Remember when games were fun? When games didn't require months of character grinding.

It seems to me, the gaming universe has suffered a schizoid break, of sorts.

Most MMO's, for a long time now, have leaned either towards the FPS kill/die/kill or the grind/grind/grind. It's not just W101, but most games. The whole concept of "leveling=progress" is a carved-in-stone truth of gaming. But the quests all, inevitably equal "Kill, X, collect X, Deliver X". Crafting is another example of "how to spend time" in character development. How does one keep the feeling of progress, without "the grind"? I think it's an answer many may be looking for, both player and developer.

There's IRL stories of suicides , dating from the old pen-and-paper D&D days onwards, of "heavily invested" characters dying off, with their IRL players following suit. It's sad. All too often, we emotionally link out avatars as a direct extension of ourselves, forgetting that they are no more than digital puppets, and we, the puppeteers. One of my issues is that I "solo" most of the time, so a lot of MMO's make it much harder to progress unless you have a heavy-firepower team along with you. I know, why join a MMO if you play alone? Doesn't makes sense, but that's about the size of it. Still looking for my ideal MMO "home".

(Another rant altogether, is how the archer/ranger class is consistently the "red headed stepchild" of nerfing. Solo+Archer+[insert MMO here]=frustrating. )
I don't even know where I'm going with this post, just throwing some thoughts out there.

Is all gaming, in one form, or another, a grind? I'm thinking so.

I can understand the difficulty of making a MMO, *any* MMO, as "fresh" for the long-term player , as it is for the new arrival.

At current, I have several games on my desktop, and I'm not interested in playing any of them, so I know the issue is with ME, not the games themselves. Sometimes I miss the simple, and ultimately re playable adventure by Atari, but I can see how even this could be a grind.

What makes a game "fun"? I'm probably missing something, atm. I can't see the trees for the forest. I've been spending time on Kongregate, sifting through small, noncommittal games, trying to kill time.

So, I ask you, the readers, how do you keep your games "fun"?
Posted by Fatal Exception at 6:33 PM

The only MMO I'm in is Wizard101. I've got wizards in three different classes, so when I get bored I can switch back and forth between them and play someone else for awhile. Battles are quite different depending on which school I'm using, and Bosses that were easy for one can be a real challenge for another.

I like to play solo too. Wizard101 is only my second MMO (now closed VMK was my first). Being a necromancer made it relatively easy to go all the way. Sometimes, I do get bored too. Like now, I need to find black pearls... :( I am like Sierra Starsong who commented before me, I have three more wizards at different levels. I also play the games from the Wizard Central arcade. I am sure I will be back playing my main wizard soon.

We all miss you Autumn. But we can all understand your diffucult descion. I hope you can come to big gatherings. I know everyone would love it.