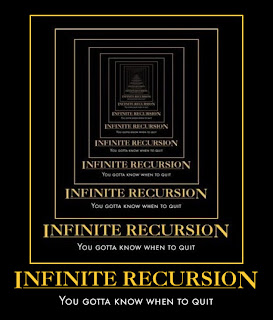 Bored. Yeah, I *could* do Waterworks, but, "Meh". Nothing I wanna build, nothing I wanna grow. Wintertusk, now said and done, (and finished *twice* by wizards that had a flawless Test Realm), is now just another zone on the "Farming List".

Thus lies a large problem in MMO's- repeatable content. It takes significantly longer to *create* content than it does to *consume* it, and we wizards are a particularly voracious bunch for content, aren't we? No sooner is there a new pet, then Petnome has it mapped. Guides and maps are in the forums before the patch goes live. We love our Spiral, but it never seems "enough", not a reflection on KI, more the nature of the MMO Beast.

How to resolve this persistent wall?

Grind: Well, all to often, the answer is "grind". Whether it's running the same instances, over, and over, and over, or just doing *insert game activity here*, anything done 'ad nauseum' Too much grind can sap your enthusiasm. "Grind", however, is subjective, and some find a good grind reassuring, knowing exactly what to expect.

Randomization: A bit more disguised, but it's essentially grind, with a change of scenery. Now matter how large the word data is, there will only be a finite number of combinations.

User-Generated content: An interesting idea, if KI could implement it, methinks, but it's really "user-defined" randomization, hence "grind in disguise". Not only that, but letting unscrupulous users access to customizing a level's loot tables would result in Dark Sprites that drop Waterworks gear. There are potentials, but implementation would be tricky, at best.

Free Roaming World Bosses: Often a staple in many MMO's, these massive, over-powered leviathans take a guild, or more, to wage war against. These Godzillas of gaming wander randomly about their respective territories, waiting on the foolish to challenge them. Unfortunately, with W101's 4-player-max battle system, Epic World Bosses aren't really viable for us.

And again, there's only a finite number of them, regardless of respawn.


And, of course, there are daily/weekly/monthly events that could be done, but with a Global audience, the question of "time" becomes problematic. Always *someone* in the "unlucky" Time Zone.

I only offer this as the *start* of a conversation, one that has been debated and theorycrafted as long as MMO's have been around.

One thing I do know, is the person who figures out this Gordian Knot will become Legend , (and very wealthy) in the Gaming Community.
Posted by Fatal Exception at 7:44 PM

I'm sure we all feel bored at some points in games. How about working on more Housing? (My game time seems to stand around that lately xD).. or level up another character, maybe the Angus Unicornpants way, and experience a different version? Re-visiting NPCs & worlds never gets old for me :P I have a little too much on my hands in the game right now, with Kingsisle throwing out lots of stuff lately, actually. Hope you can find something :)

Eh. We aren't as far gone as some games. Sure, it's a grind, but at least the whole game isn't a grind *cough* Runescape *cough* or half the game is a grind *cough* WoW *cough*. Seriously, getting to max level in WoW is only half the game...well...that's a different rant.

I agree with Arlen, try housing. Maybe buy a new house and completely furnish it in a style that you usually avoid.

Also, do you have your outfit for the Ravenwood ball?

If neither of those sounds appealing, go play a different game or do something fun IRL that you don't do very often (for me I would pick yoga, or rock climbing, hiking, going to an amusement park, biking, that kind of thing).

If you get away from the game, you'll miss it, and it will be sweeter when you return :)