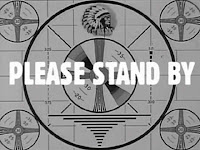 Been rather "low profile", for a bit (a 'fortnight', as horsegal so aptly put) .Part of it has been technical difficulties, on blogger's part, but mostly, it's been the wiring in my own head. It just seems that everything technical, around the internet, whether it be out favorite MMO, gaming network service, social and shopping sites, or even wikipedia has been subject to technical outages, whether it be by programming error, or malicious intention. It's really been kinda a downer.

I'm happy that WinterTusk is live now, but somehow it seems a bit, I dunno, rushed. I found out who it was that was hard crashing my laptop in GH, it was Nick Jonas. Told ya it was a Disney Artist, didn't I? So, what do you think, is this a "one-off" promotional thing, like Selena's "Hit-and-run" for her music career, or will there be more substantial involvement?

All of it's just given me pause, so I've been hiding in a place only two other W101 bloggers know where to find me, and shall remain unnamed. It's my "new" secondary, 'though I've had an account over 5 years with them, but that's not why I'm blogging here, today.I'm here to offer a word of warning, to KingsIsle, because I love them.

Beware the Dreaded D
Be very wary of Disney. They have a long, 'illustrious' career of buying up media entities, and slappping the "Dreaded D" on it. Why, look at The Muppets, in "Muppet Treasure Island", there was a scene where a talking lobster asked "What's next? A singing, dancing mouse with his own amusement park?". Now that movie has been hit with the Dreaded D. Same for many other companies, shows, and media sources.. A lot of people aren't aware of just how *truly* monstrously large Disney really is. Covering video, music, radio, television, in addition to every Disney sellable 'product'. It is *the* behemoth in kid's media, and what it can't produce, it tries to buy. "From cradle to graduation, and beyond", Disney has a production line of media to guide their toddler, pre-teen, teen, and beyond audiences to consume their product. It's diabolically effective, and contrary to the purity of W101, who are distinctly *less* marketing-minded.


Disney doesn't have a really good, successful MMO,( I've tried them) and W101 is far more successful than their Disney's own meager "ToonTown", making KingsIsle "courtable", And business arrangements that put Disney's tentacles into the mix is one step closer to potential business ties which could kill the W101 we all know and love.` Since Disney has it's own MMO's *why* would they want to be involved with "The Competition"? Yeah, yeah, I know "different Corporate Departments", and all, but why would anyone support anyone who competes against "The Home Team"?

There's much more I could go on about, but you get the gist of it.

Be Well.
Posted by Fatal Exception at 7:38 PM

Hey there - Disney isn't all that bad. Pirates of the Caribbean beats Wizard101.....

You just ruined my post xD
But really I was going to touch down on Disney in my newest theorycraft.

Thank you ever so much, Autumn, I'm going to have nightmares of fighting alongside Jack Skellington and the Wizard's Apprentice now...it was bad enough when they did it to Final Fantasy..