Celestia will be a "hot" destination. As in "Hot in the shade"

Well, took the plunge on Test Realm, and started the chain for The Celestia Spiral Key. Can you say "Briskbreeze, redux?". Yeah. The Archive Tower in Marleybone is "four people required" because "the bosses cheat". Fun, fun, fun.

Also, just 'cause I love crypto, some images: 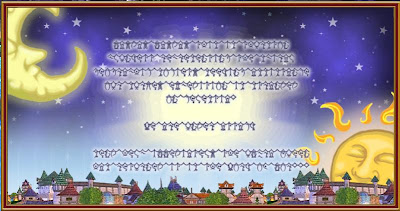 Original Message from the Resonating Omni-ka-thingy. 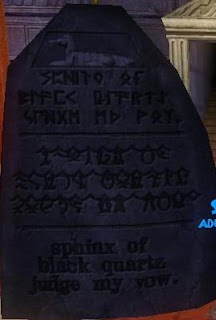 The (re-assembled) "Stone of Mazzaeroth"
Which, coincidentally, is the W101 version of
: 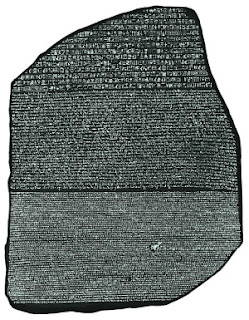 The Rosetta Stone
(no, not the software you see sold in carts at the Mall.)

Read all about this historical artifact from our world.
And with the stone completed, the original resonating-ma-thingy message is: 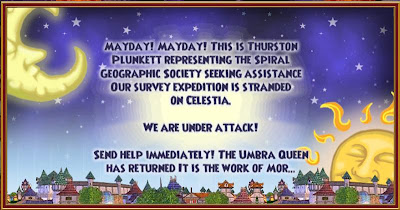 The Umbra Queen? Sounds interesting... some etymology, perhaps?
(from wikipedia) : 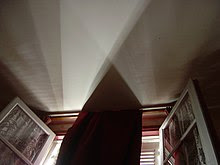 Hmmm "Antumbra Duskhunter"...kinda has a ring to it... Anyways, simple version :"Shadow Queen". I think I'd like to meet her. Perhaps for a spot of tea... I used to watch an anime-ish show called "The Mighty Orbots", (video) , and their main villian was "Umbra". Not a handsome chap, that one. (*shiver*)

All the pieces, the ever so slowly drop into place
Posted by Fatal Exception at 12:18 PM