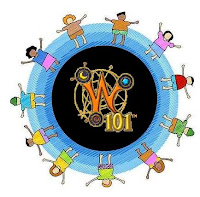 There is, apparently, and good deal off commotion over the "release" of the upcoming "Sultan's Palace" Megacard, slated for GameStop. More specifically, I have seen several mentions, in several blogs, regarding a clamor from some entities that were not included in the code disbursement from KI. A bitter outcry about "fairness", and "deserved-ness", and "who gets what".

I find it all so very disappointing, from *our* side, meaning we, the fansite community, rather than  KingsIsle's..
Not so very long ago, we were ALL neck deep in free giveaways for Mount Week, were we not? Did not KingsIsle shower us all with free codes? They were more than generous. If there's going to be such division over a virtual item (or set of items), I hereby publicly authorize KingsIsle to remove the Sultan's Palace item set from my account, and I will go straight to GameStop, and buy the card, anyway. It's a virtual item, and regardless how "splendiferous" a virtual item is, it makes it no more real. Certainly not worthy of strife. By focusing on "getting stuff", we are no longer being fansites for, what I consider, "The right reasons".

Blogging W101 isn't about any perceived "perks". We do it because we love it. Is it time to re-visit why we want to be bloggers? For my part, it certainly isn't for "fame". I've seen what that gets you, in-game, and want no part of it. I know there has to be more than one "famous" blogger that enjoys the "appear offline" setting that released with Wintertusk.

Part of blogging W101 is about feature reviews, and upcoming previews. Look at Wintertusk, when it hit Test Realm. Well before it went "live", it already had received almost full documentation by all the major sites. Even *not* being able* to play in Test was documented, as well. By the time WT was "live", it was almost "old news". That's what we do. We report, all from our unique perspectives. We let readers know what to expect, and what to look forward to.

KI has first, and final word on who gets "The Nod", the stamp of Official. If KI revoked HiaG's "Official" status tommorow, it's entirely their right to do so, and no amount of ranting or raving on my part could change it. The whole question of domains, and sites, and officialdom isn't "new", it's been in place a good while. I've been writing HiaG (on and off, admittedly) since 2009. I often wonder why KI keeps me around. I'm not always Miss Congeniality, for sure. I'm a bit of a Black Sheep, in the fansite community..that's my niche.
Being "Official" means a set of Standards and Expectations, and whether or not KI keeps you "in the loop" is entirely their domain to do so. What they see fit to give, or not give, is also a decision that's entirely theirs.

Maybe, just maybe, it's time to drop the "official" stamp, altogether. To misquote Friendly's favorite quote: "When nobody's  special, then everyone's special". W101 is far from being the fledgling start-up it once was. It has no need of the grassroots viral advertising that the blogging community provides. The small, family-support feel of the blogging community has devolved into something I don't quite recognize, anymore. Sure, keep TFN, and Petnome, DoaW, and other communtiy service sites, but if the "opinion/editorial" niche is oversaturated now, then maybe nobody, except KI, should be Official. It won't keep *me* from blogging, to be sure, whether I'm 'official', or not, (unless , of course , there's an "Intellectual Property" injunction).

And to show I'm not just blogging words, I ask now, publicly, to KI, to please remove my Sultan's Palace item set from my account. I appreciate KI's opportunity to report on it, and I hope I've done it justice, and helped generate interest for future purchases, but I will purchase it, privately. 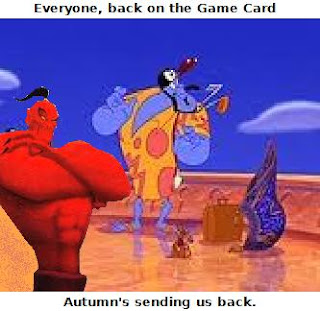 The bitterness that evolved from KI's gracious gift, by our own community,  has left a sour taste in my mouth. I will, of course, further support KingsIsle, and W101, and re-acquire the card, via GameStop, at my earliest opportunity. Because when Nobody's 'special", everyone is.
Posted by Fatal Exception at 5:27 PM

Autumn you are awesomeness personified. It takes a bigger person to sit back and write such a thoughtful post on "hot" subject. I applaud your sense of ethics in asking KI to remove the Palace from your account. I believe this is one the reasons KI continues to keep you as one of its official blogs.

Keep up the awesome work, and hope to see ya 'round the Spiral!

Secondly, I must agree with Cassandra. You've taken the facts and presented them in an eloquent way so as not to upset anyone else. And the scolding was effective even for those not involved. Thank you for being awesome.

First off, very well said post. People above me stole what I was going to say...

And I made you a SPECIAL "Clean Tweeter" badge, cause you're awesome!

If it's too dark/hard to see, I can change it!

And you should really try Aviary, it's free and has way more stuff than paint, like layers and filters and things. I don't know what I would do without it!

*applauds* Well done, Autumn! I admire your courage to spend $40 and clip off your 'Official' status to work everything out. Really love your posts, and each one seems to be better :) bravo!